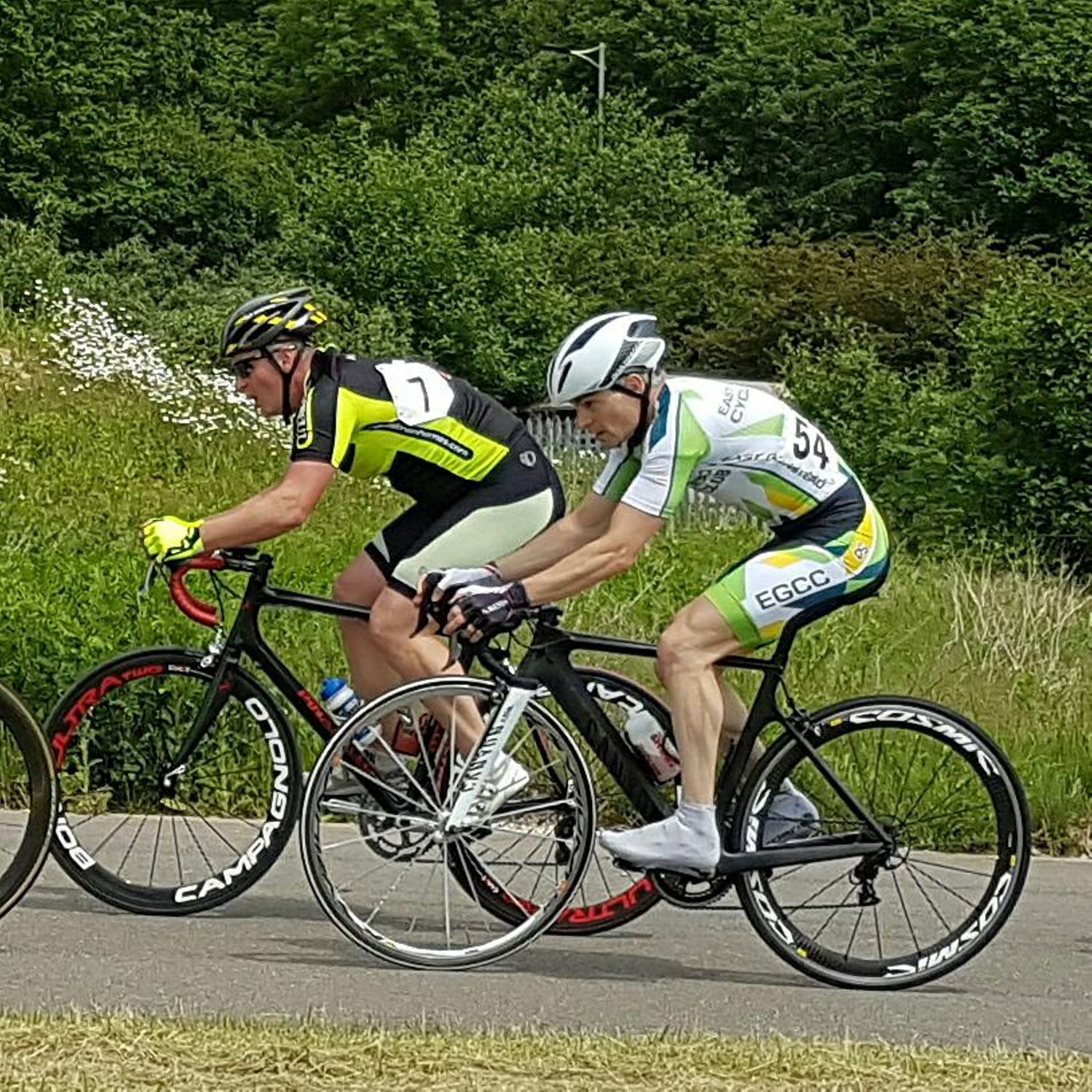 The last few weekends have been fairly high stress, long hard, championship road races. Great fun and I really like road races – especially when there is a national jersey at stake. But this weekend was a reminder that much as I like road races, what I love. What I really, really love, is short punchy crit races!

“The Hoggenburg” takes place at the Hog Hill circuit, using predominantly the flat lower circuit – but taking a trip up the feared Hoggenburg on the 20 minute mark, again at 40 minutes and then finishing with two ascents (to finish at the top).

I mis-timed my warmup slightly and was one of the last riders to take the start line at the top of the hill. This meant lining up to the rear of the bunch. This wouldn’t be too much of a problem, but for the fact that Anthony Wallis was in the field and lined up in pole position. I’d just got clipped in off the start line and then looked up and could see him sprinting away from the bunch and into the first corner. I moved quickly up the outside of the already elongated bunch and was at the front within half a lap. This was good going, but it was already too late. With the bunch lined out, a group of four riders were already off in pursuit of Anthony. I figured that they were unlikely to catch him, but they looked a dangerous and fast moving group.

I attacked immediately and was joined by Martyn Ryan (Ford CC). We swapped a few turns and were gaining of the four breakaways while the bunch was lined out and a little distance behind us. I lead up the short climb, sharp left through the cut-through and down into the tailwind section. This was starting to hurt. I don’t want to be stuck out here for too much longer. Decision time. Do I sit up and wait for the bunch and hope that they pull the four back? Or do we crack on and close this down quickly? The move looks dangerous so I decide to crack on. I attack the next few corners, each allowing me to edge a little closer to the guys in front. Martyn can’t hold my wheel and is distanced. I sprint into the 180 turn at the far sit of the course, hung the drops to get my centre of gravity as low as possible and chuck it through the bend. Love my Vittoria CXs! Junction made. But my heart rate is through the roof and I need to sit out a few turns while I catch my breath. And then we press on.

But it’s early days, and there are plenty of fresh and eager legs in the bunch. We only survive another lap before we are reeled in and it’s all square (apart from Mr Wallis of course – he’s long gone and we won’t see him again until after the race!). Damn that hurt my legs. That’s some matches burned and we’re only 10 minutes into the race!

The rest of the race is run in similar frantic style with counter-attacks following attacks but nothing able to establish itself. I race aggressively throughout. To be honest, I was having a ball just getting stuck in. The couple of climbs of the Hoggenburg have no material impact on the race. I lead the bunch over both times hoping to pull a group away or do some damage – but nothing doing. It was starting to feel like the whole bunch was waiting for me to make a move and then pouncing on it. I’m sure that’s not the case – although just because you’re paranoid doesn’t mean that they’re not out to get you…

With around 5 laps to go, a couple of riders time-trial off the front. They don’t have much of a gap – but it’s enough. There are attacks and the bunch surges. And then there’s a lull and the gap eases out again. The 2 laps to go board comes out signalling next time round will be up The Burg and this seems to knock all the wind out of our sails. The pace drops off. We’ll be sprinting for forth place.

Nobody wants to do even a single turn any more. I end up riding on the front of the bunch, looking over my shoulder for any surprise attacks. The pace picks up as we near the Hoggenburg as people want to get in position. I surf the front of the bunch to stay out of trouble. Over the top and down the other side. I’m back on the front again, not pushing the pace, but just staying out of trouble and keeping an eye on everyone. Finally as we approach the left hander at the bottom of the climb, someone decides to push on.

I take his wheel and he leads me onto the climb. But this pace is not nearly fast enough. I kick past him and start my sprint. With a light tailwind, I am confident of taking it on from the front. Much safer than risking getting boxed in. I’m not full gas yet. Just spinning the gear out. As the road bends to the right, the gradient stiffens. Now I push on, maintaining my gear and pedal cadence up the steepening incline. As the finish line comes into sight, the gradient eases and I am able to spin the gear more freely. I look around to check on the others. There are riders there, but not close enough to worry me and I ease over the line to take the 4th place which is also good enough to win my age category (C cat).

I enjoyed that! And the lovely warm sunshine was a nice bonus. It was good to see Paul Winkley get his road racing season going with a finish in the earlier E+ age category event. First of many I hope!