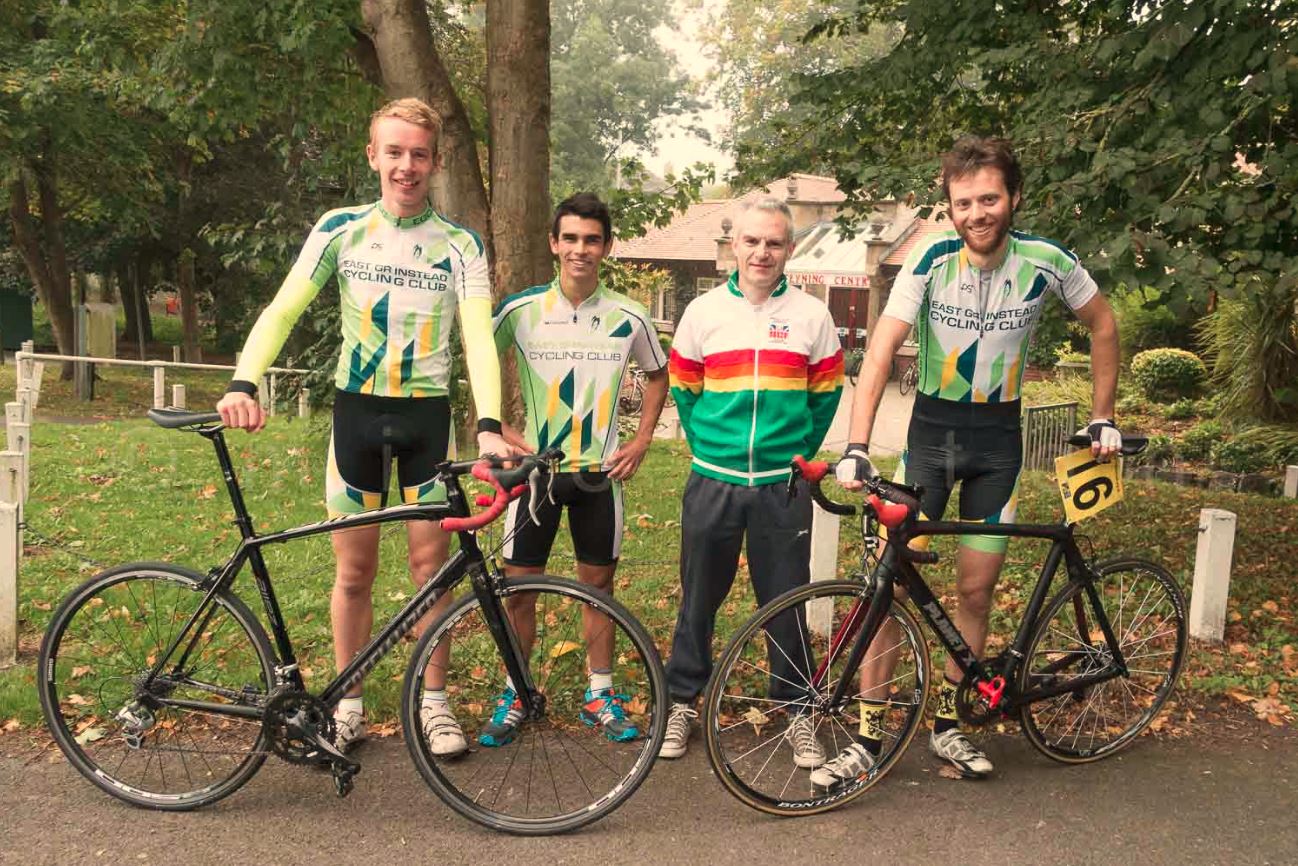 Hill climb season has finally crept up, and having been the only East Grinstead grimpeur competing in these events for the last two years, it’s nice to have Robin, Nick and Mikey join in the fun.

Feeling a little underprepared, and heavier than last year, I met the rest of Team EGCC and signed on in the Steyning Centre. The hazards warning notice just said “Fog at the top of the hill” – good, maybe it might hide me as I struggle across the line.

Nick and Robin had been there early, scouting out the course, while both Nick and Mikey had some pretty impressive strava data in test runs, and Robin was sure to be quick, so I was prepared to be the 4th EGCC rider, and we definitely looked good for the team prize with those three.

Steyning Bostal is an uneven climb, with an initial steep bit to wear you out before a flat (feels downhill but that might just be relative) section, before really ramping up and snaking to the finish. I took the first bit at a brisk but steady pace, sat down for the flat and then was fighting wobbly legs for the last bit, before rolling over the line feeling a bit unimpressed with my effort but with the burning lung feeling saying I probably pushed pretty hard.

4th EGCC rider as predicted, but only by 6 seconds, so I’m not too upset. Excellent rides by our 3 hillclimb superstars, who won the Team prize for EGCC. Nick was fastest Junior, with Robin and Mikey 2nd Vet and 2nd Junior respectively. I was 14th, one place behind Mikey overall. Well done to the SussexCA Hill Climb champions 2015!