Yes, that does seem like a tour of Sussex, plenty of turns and roundabouts, with a tough finish especially the section over the South Downs twice inside the last 10 miles….

Anyway, how did I come to select a tough event like this one? After recording a DNS at the Charlotteville 50 (clash with French election voting weekend) and another DNS at the Norlond Combine 50 (biblical rain at start) I was a bit short of racing miles in May and needed to get a 50 time under my belt this season.

Due to the 4 or 5 teams taking part in the Tour of Cambridge Crono 4-up event the previous day (see report – there must be one!!!) I was the lone EGCC rider on the start sheet for this 50 TT.

Oxted CC were well represented, and I did have support from Mike Anton who rode out to Dial Post HQ for the finish.

Temperature was good, between 12 and 15 degrees during the event, no rain, dry roads, just the small matter of the wind, which didnt seem helpful in any direction today, although that could also have been a problem with my legs. I was lucky with all the pedestrian crossings and most of the roundabouts, so no complaints there.

Planned to try and ride below 300W for the event and only surge above this on the hills. As usual, I started quickly, even though I tried to keep it controlled. After about 5 miles I settled into an OK rhythm and stuck to my Watts target until going through the first 25 miles in 1:01 and 300W. 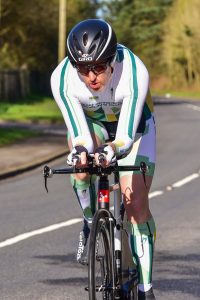 The second half of the race was much tougher, seemed to be more headwind and certainly more hills, especially the A283 from Steyning to Washington and of course the over and back of the South Downs heading towards Findon. Lost my mojo a bit here and I could see the Power and Speed dropping off but there wasn’t much to be done except plough on and accept this as great training. Crossed the line in 2:05:50 (average power of 283W) which was enough for 22nd place of about 70 on the start sheet.

Mark Smith (Crawley Wheelers) made light work of the wind and broke Steve Dennis course record with a 1:48:24. He was nearly 4 minutes clear of Steve Williamson (…a3crg) in 1:52 and Matt Peel (Redhill CC) in 1:56 completed the podium.

A small but quality field of 25 for this event. Mark Bashford the sole EGCC rider recorded an excellent 21:49 for 2nd fastest overall behind Pete Tadros (In Gear) who was fastest in 21:15. However no prize money for Mark who still has several years to go before promotion to Veteran status! 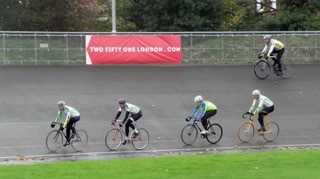 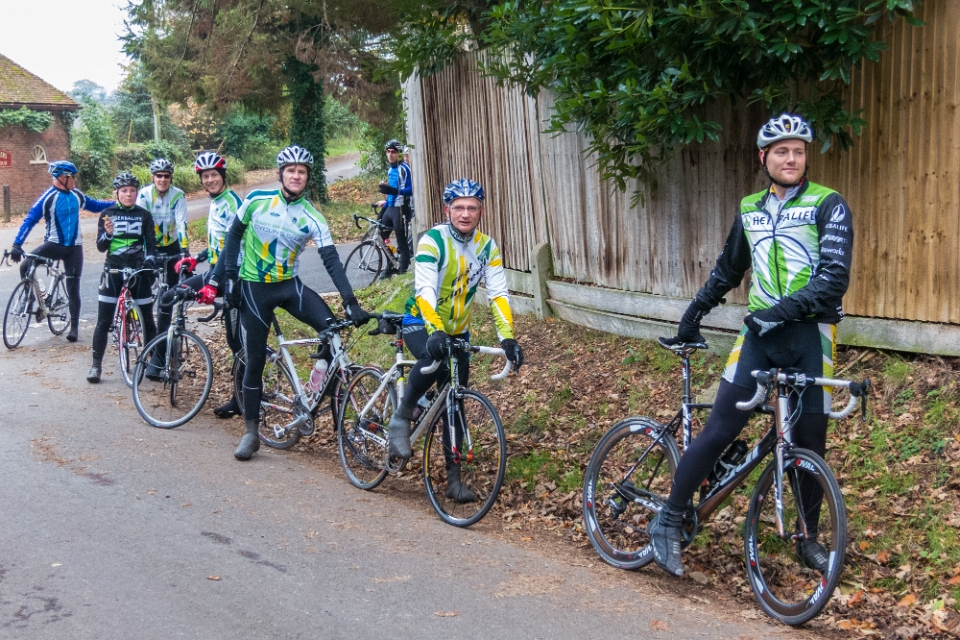