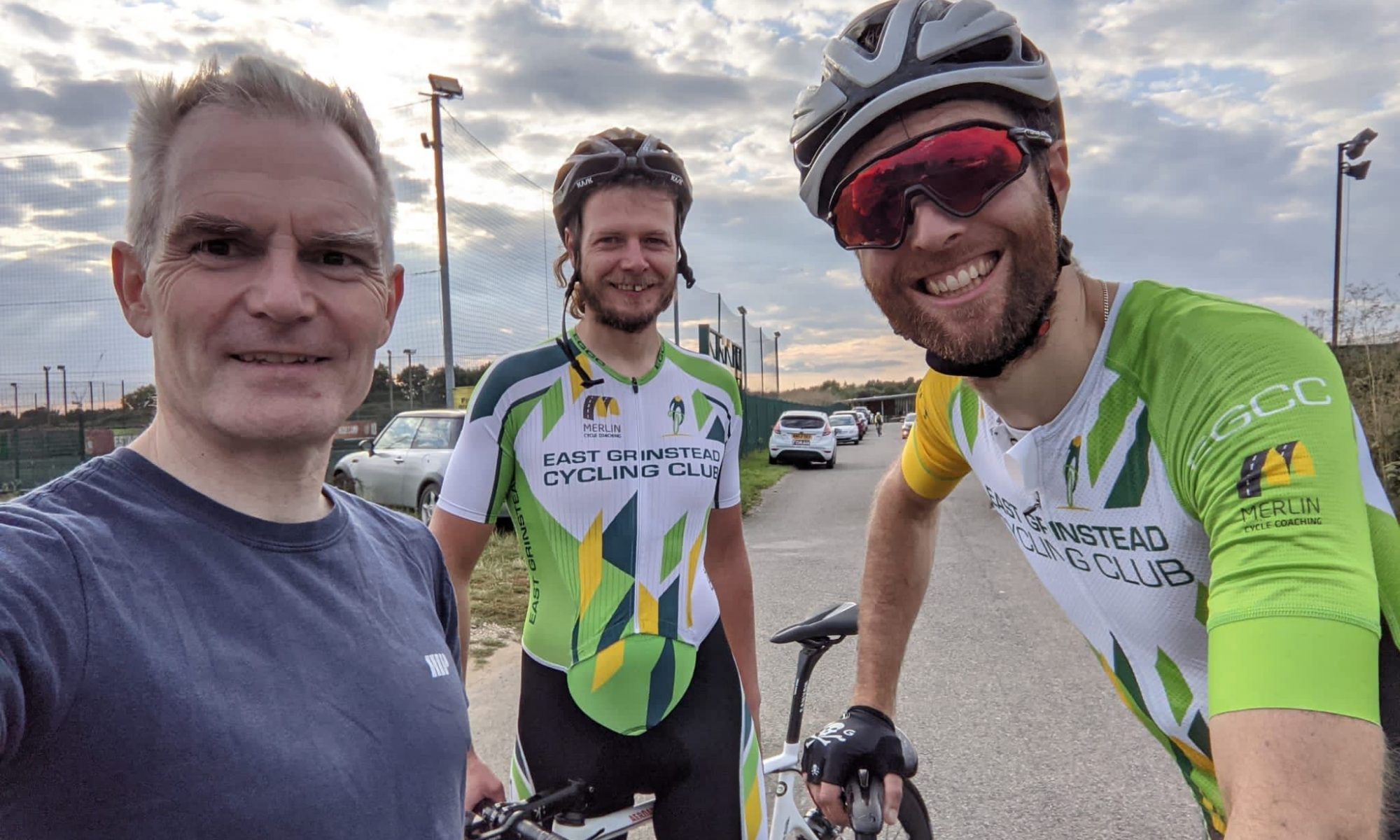 Robin, Kenny and myself (Luke), having all returned to racing late this year, after 2 years out, arrived for the end-of-season Hillingdon Grand Prix 3rd Cat race. I was determined to place well, after getting dropped twice at cyclopark a few weeks back. We had rough plan that I would aim for the sprint, Robin would try and be there to lead me out, and Kenny would cause everyone suffering by going on the attack, and we would sit on the front and make it difficult to chase. A solid plan!

Around 65 riders sat on the start line. Very few familiar faces, so it was into the unknown. First lap, a young guy went from the flag, and I reluctantly led the field with nobody willing to pull. Then the race settled into an easy tempo for a few laps before the tussling began. Robin was surfing wheels like a pro, and Kenny was nestled somewhere deep in the pack ready to pounce. I was trying to stay toward the front, because the middle of the pack was bonkers-crazy! Moves went, but never stayed away, and the youngster apparently got re-absorbed, having gained quarter of a lap at the start.

About half an hour in, there were a few suspect manoeuvres, and coming up out of the esses, someone went down in the pack behind me and the customary crunching and shouting began as 16 riders hit the tarmac. Robin was apparently launched over the top of the first rider and vaulted clear of his bike, landing on his feet and running at 25mph along the tarmac. It took him a while to walk back and find his broken bike in the pile of wreckage. Kenny ended up on the grass and it was race over for him too. Luckily neither was injured.

So EGCC was back to one rider, me, and the pack had no idea what was going on, because the commissaire couldn’t get a clear message to us that the race was neutralised until the medical car had left the circuit, so we were half-heartedly racing still, including attacks. Two guys were blaming each other for the crash and barging each other, so I yelled at them to save it until after the race to start knocking each other out, because the rest of us weren’t interested! Once the coast was clear, we were given 3 laps to go and the pace went up, with all the guys who were suffering before the crash suddenly feeling OK after a few laps rest, and everyone swarming to the front. A few tight moves up the inside got me into a decent position for the last corner, but I had to take to the loose gravel on the inside to get through a bit of traffic, finding a gap I went for it with 200m to go, for 7th place.

Happy to be back in the top 10, but disappointed for Kenny and Robin. They were looking good.