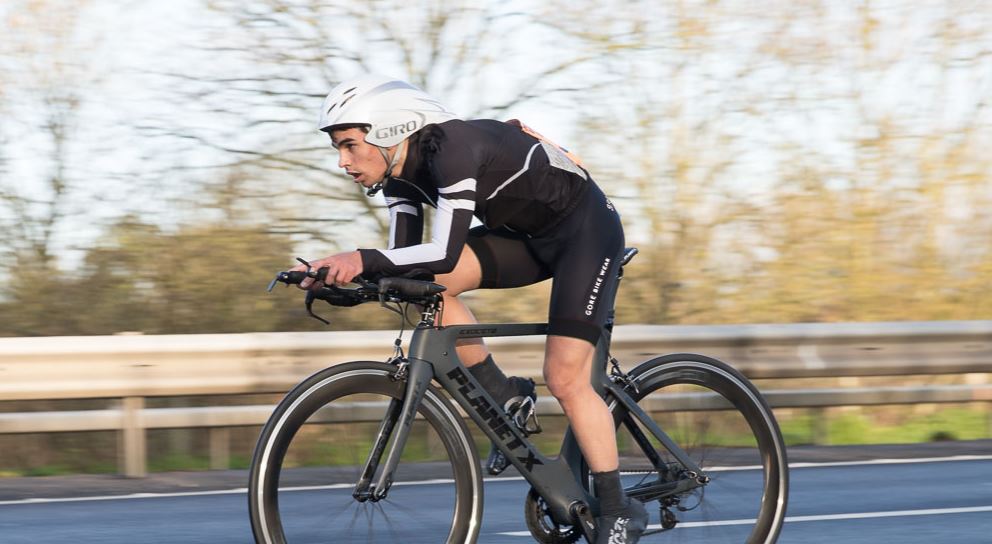 When my alarm went off at 4:15am this morning i was pumped and ready to go. In an ideal world i was aiming for a 23, assuming that conditions were good.

However this was not the case as it was bloody freezing! My Garmin read 0.8 degrees on the start line and soon after the start i encountered a very much unwanted headwind. I flew down the ski slope but by the halfway turn i was on my knees thinking it was not my day. But things improved significantly after the turn, and finally my legs started spinning properly.

With 3km to go i knew a PB was an almost certainty, the question was by how much and if i could dip under 24 minutes. It was just a bit too much of a stretch but still clocked a 24:22. Im pleased with that as its still early in the year!

East Grinstead were very well represented this morning with 6 riders signing up but unfortunately Luke de Quay could not make it to the start due to a cold. Get better soon Luke. Mikey Weavers bettered my time by a solitary second and Ben Houston did a 23:51. Both impressive times! I didn’t stay long enough to know how well Paul Winkley and Chris Yates did  so best of luck to them.

I’m writing this as encouragement to anyone who has experienced occasional human frailty. This was first race back following surgery to remove a collarbone plate/holiday/chest cold – even lost my voice, flags were flown in East Grinstead, which I though a little unkind!

The surgical team said I was off the bike for 6 weeks – I thought 4 weeks time enough and had been turbo training anyway. The problem with cycling downtime is you carry on eating as normal and pile on the pounds, the scales tell there own story.

So a 10 mile TT how hard can it be? Very apparently. After a fast start my body simply shut down and grovelled all the way to the turn on this usually quick course. I’ve never gone slower than 24.20 here. Round the turn its down hill or almost flat all the way back and I saw speeds of over 35mph at times but too little to late.

I post my data on Strava – this I deleted feeling humiliated, but having spoken to a few on the Clubrun this week have now restored it. We’re not robots and a ‘bad day at the office’ happens for many reasons – given time 1’ll probably laugh about this. My congratulations to Mikey and Nick both PB’s and within on second of each other.

Cracking rides also from Ben Houston and Chris Yates – quite how Chris can ride this course on a fixed wheel is beyond me. Oh, my time? 26.33 – to put this in perspective that would probably kill most unfit people in this country of my age – nearly did for me!
PW